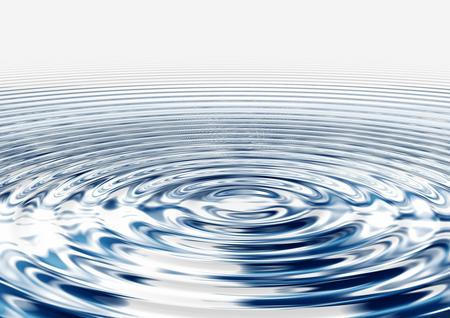 Research Shows We Can Heal With Vibration, Frequency & Sound

The Facts: Multiple studies and examples have shown how sound, frequency and vibration can literally alter physical material matter. Research has also shown that sound, frequencies and vibration can be used as a significant healing method for various ailments. How plausible would it be for these interventions to become a regular part of therapy, just as much as pharmaceutical drugs are now?

Cymatics is a very interesting topic. It illustrates how sound frequencies move through a particular medium such as water, air, or sand and as a result directly alter physical matter. There are a number of pictures all over the internet as well as youtube videos that demonstrate how matter (particles) adjust to different sounds and different frequencies of sound. When it comes to ancient knowledge, sound, frequency and vibration have always been perceived as powerful forces that can influence and alter life all the way down to the cellular level. Sound healing methods are often used by Shamans, who employ drums and singing to access trance states. Research has even demonstrated that drumming and singing can can be used to slow fatal brain disease, and it can generate a sense of oneness with the universe . Sound therapy is getting more popular, and it can have many medical applications, especially within the psychological and mental health realms.

Sound, frequency and vibration are used all throughout the animal kingdom, and there are many examples. If we look at the wasp, they use antennal drumming to alter the caste development or phenotype of their larvae. Conventional thinking has held for quite some time that differential nutrition alone can explain why one larvae develops into a non-reproductive worker and one into a reproductive female (gyne).  However, this is not the case, according to a 2011 study:

“But nutrition level alone cannot explain how the first few females to be produced in a colony develop rapidly yet have small body sizes and worker phenotypes. Here, we provide evidence that a mechanical signal biases caste toward a worker phenotype. In Polistes fuscatus, the signal takes the form of antennal drumming (AD), wherein a female trills her antennae synchronously on the rims of nest cells while feeding prey-liquid to larvae. The frequency of AD occurrence is high early in the colony cycle, when larvae destined to become workers are being reared, and low late in the cycle, when gynes are being reared. Subjecting gyne-destined brood to simulated AD-frequency vibrations caused them to emerge as adults with reduced fat stores, a worker trait. This suggests that AD influences the larval developmental trajectory by inhibiting a physiological element that is necessary to trigger diapause, a gyne trait.”

This finding indicates that the acoustic signals produced through drumming within certain species carry biologically meaningful information (literally: ‘to put form into’) that operate epigenetically (i.e. working outside or above the genome to affect gene expression). Pretty fascinating, isn’t it? Like many other ancient lines of thought, this has been backed by modern day scientific research.

Cancer: Another example comes from cancer research. In his Tedx talk, “Shattering Cancer with Resonant Frequencies,” Associate Professor and Director of Music at Skidmore College, Anthony Holland, tells the audience that he has a dream. That dream is to see a future where children no longer have to suffer from the effects of toxic cancer drugs or radiation treatment, and today he and his team believe they have found the answer, and that answer is sound. Holland and his team wondered if they could affect a cell by sending a specific electric signal, much like we do with LCD technology. After searching the patent database for a device that could accomplish this, they came across a therapeutic device invented by New Mexico physician Dr. James Bare. The device uses a plasma antenna that pulses on and off, which, as Holland explains, is important because a constant pulse of electricity would produce too much heat and therefore destroy the cell. For the next 15 months, Holland and his team searched for the exact frequency that would directly shatter a living microorganism. The magic number finally came in the form of two inputs, one high frequency and one low. The high frequency had to be exactly eleven times higher than the low, which in music is known as the 11th harmonic. At the 11th harmonic, micro organisms begin to shatter like crystal glass.

After consistently practicing until they became efficient at the procedure, Holland began working with a team of cancer researchers in an attempt to destroy targeted cancer cells. First they looked at pancreatic cancer cells, eventually discovering these cells were specifically vulnerable between 100,000 – 300,000 Hz. Next they moved onto leukemia cells, and they were able to shatter the leukemia cells before they could divide. But, as Holland explains in his talk, he needed bigger stats in order to make the treatment a viable option for cancer patients. In repeated and controlled experiments, the frequencies, known as oscillating pulsed electric field (OPEF) technology, killed an average of 25% to 40% of leukemia cells, going as high as 60% in some cases. Furthermore, the intervention even slowed cancer cell growth rates up to 65%.

Another example occurred in  1981, when biologist Helene Grimal partnered with composer Fabien Maman to study the relationship of sound waves to living cells. For 18 months, the pair worked with the effects of 30-40 decibel sounds on human cells. With a camera mounted on a microscope, the researchers observed uterine cancer cells exposed to different acoustic instruments (guitar, gong, xylophone) as well as the human voice for 20-minute sessions. They discovered that, when exposed to sound, cancer cells lost structural integrity until they exploded at the 14-minute mark. Far more dramatic was the sound of a human voice — the cells were destroyed at the nine-minute mark. After this, they decided to work with two women with breast cancer. For one month, both of the women gave three-and-a-half-hours a day to “toning” or singing the scale. Apparently, the woman’s tumor became undetectable, and the other woman underwent surgery. Her surgeon reported that her tumor had shrunk dramatically and “dried up.” It was removed and the woman had a complete recovery and remission.

Let’s not forget about when Royal Rife first identified the human cancer virus using the world’s most powerful microscope. After identifying and isolating the virus, he decided to culture it on salted pork. At the time this was a very good method for culturing a virus. He then took the culture and injected it into 400 rats, which, as you might expect, created cancer in all 400 rats very quickly. The next step for Rife was where things took an interesting turn. He later found a frequency of electromagnetic energy that would cause the cancer virus to diminish completely when entered into the energy field.

More Research: A 2014 study published in the Journal of Huntington’s Disease found that two months of drumming intervention in Huntington’s patients (considered an irreversible, lethal neurodegenerative disease) resulted in “improvements in executive function and changes in white matter microstructure, notably in the genu of the corpus callosum that connects prefrontal cortices of both hemispheres.” The study authors concluded that the pilot study provided novel preliminary evidence that drumming (or related targeted behavioral stimulation) may result in “cognitive enhancement and improvements in callosal white matter microstructure.” A 2011 Finnish study observed that stroke patients who were given access to music as cognitive therapy had improved recovery. Other research has shown that patients suffering from loss of speech due to brain injury or stroke regain it more quickly by learning to sing before trying to speak. The phenomenon of music facilitating healing in the brain after a stroke is called the “Kenny Rogers Effect.”

A 2012 study published in Evolutionary Psychology found that active performance of music (singing, dancing and drumming) triggered endorphin release (measured by post-activity increases in pain tolerance), whereas merely listening to music did not. The researchers hypothesized that this may contribute to community bonding in activities involving dance and music-making. According to a study published by the National Institute of Health, “Music effectively reduces anxiety for medical and surgical patients and often reduces surgical and chronic pain. [Also,] Providing music to caregivers may be a strategy to improve empathy, compassion, and care.” In other words, music is not only good for patients, it’s good for caregivers.

What About The Mind? A few years ago, these scientists held an International Summit on Post-Materialist Science, and created a manifesto to explain its significance. The scientists involved were Mario Beauregard, PhD (University of Arizona), Gary E. Schwartz, PhD (University of Arizona), and Lisa Miller, PhD (Columbia University), in collaboration with Larry Dossey, MD, Alexander Moreira-Almeida, MD, PhD, Marilyn Schlitz, PhD, Rupert Sheldrake, PhD, and Charles Tart, PhD. There are hundreds of published peer-reviewed publications showing statistically significant results for this type of science, yet unfortunately, it is still shunned by mainstream academia, even though so many mainstream academic scientists support it. The idea that the mind affects physical material reality is not trivial, and it’s been demonstrated repeatedly with statistically significant results through fascinating research undertaken by government programs, places like the Institute of Noetic Sciences (founded by Dr. Edgar Mitchell), and, in more recent developments, the group of internationally recognized scientists mentioned above.

Water. Experiments over the past four decades have investigated whether human intention alone can affect the properties of water. This question has been of interest to alternative medicine research, because the human body is made up of approximately 70% water. Interest in this topic has been rekindled recently by multiple researchers suggesting that intentionally influenced water can be detected by examining ice crystals formed from samples of that water. Scientists have hypothesized and shown that water influenced by intention can indeed influence the physical formation of the ice crystals that water produces. Consistent results commonly point to the idea that positive intentions tend to produce symmetric, well-formed, aesthetically pleasing crystals, and negative intentions tend to produce asymmetric, poorly formed, and unattractive crystals.

Dean Radin, the Chief Scientist at the Institute of Noetic Sciences, along with Masaru Emoto, Takashige Kizu, and Nancy Lund, designed an experiment that tested this hypothesis. As the study’s description reads:

Over three days, 1,900 people in Austria and Germany focused their intentions towards water samples located inside an electromagnetically shielded room in California. Water samples located near the target water, but unknown to the people providing intentions, acted as ‘‘proximal’’ controls. Other samples located outside the shielded room acted as distant controls. Ice drops formed from samples of water in the different treatment conditions were photographed by a technician, each image was assessed for aesthetic beauty by over 2,500 independent judges, and the resulting data were analyzed, all by individuals blind with respect to the underlying treatment conditions. Results suggested that crystal images in the intentionally treated condition were rated as aesthetically more beautiful than proximal control crystals (p < 0.03, one-tailed). This outcome replicates the results of an earlier pilot test.

If thought alone does indeed have an effect on physical material reality, just imagine what it could do to our body? Something to think about

The information presented in this article isn’t even the tip of the iceberg when it comes the the medical applications of sound, frequency and vibration, which are all obviously correlated. One thing is clear, however, which is that there are many more methods out there, like the ones discussed in this article, that should be taken more seriously and given more attention from the medical establishment. It seems all mainstream medicine is concerned about is making money and developing medications that don’t seem to be representative of our fullest potential to heal. “Alternative” therapies shouldn’t be labelled as alternative, they should be incorporated into the norm.