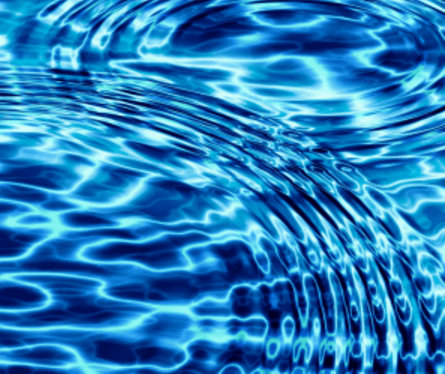 For years I’ve chosen to use the phrase “sound meditation” instead of “sound healing” as it feels more accessible and a bit more humble. Also, I like that 'meditation' implies a daily practice, one that requires dedication and commitment, and “healing” seems like an event.

What is meant by the word “healing” within “sound healing”? Is it the textbook definition “to make healthy, whole or sound’? Well, that seems like a no-brainer. Or an alternative— “to make well again, or restore to health”. That’s a bold claim but one that can feel subjectively true after 90 minutes of the practice. The sound clears away the mental chatter in your mind; your muscles unclench and your breath deepens. Many people say that all of the emotions they’ve kept bottled up course through them and are expelled, leaving them feeling fresh and reinvigorated. “Healing” is also often used to describe the process of conflict resolution, and 90 minutes of meditation will undoubtedly resolve some conflicts in your mind and heart. But the word “heal” also means “to cure from injury or disease”. Can experiencing sound really take us that far? I suggest we start by looking at the softer definitions, “to make healthy, whole and sound”, and well, there’s no better description. We all know the subjective feeling of wholeness, and how good it feels, as well as the unfortunate metaphors of ‘scattered’, ‘disconnected’ or ‘broken’.

I’ve advocated for the term “sound meditation” because it’s accessible, and points to the most humble, irrefutable claim— that these soothing instruments induce, in many people, a deep state of meditation. Most people don’t practice an hour long meditation, and certainly not comfortably. But with these soothing sounds, many people can access these deeper states. “Sound meditation, like most soothing and healing modalities, activates a parasympathetic response. The parasympathetic nervous system is responsible for the body's rest and digestion response — it calms you down after a stressful situation. By slowing down the rate of your breath, you awaken this response. The musculoskeletal system begins to soften, adrenaline ceases to course through your body.”— Mitchell Gaynor, The Healing Power of Sound.

However, there’s so much more that’s purported to be happening during a sound healing session than just deep meditation. I do believe the sound is affecting you in beneficial ways. There are four main concepts to understand— harmonics, cymatics, entrainment, and binaural beats.

Music theory explains that what sounds good to us is actually a function of the ratio of one vibration to another. Things that are inherently pleasing, across cultures, are vibrations that are proportional to one another. Let’s take this a step further to explain the harmonic series.
Starting here— when we say something is an A at 440hz, we are saying that it’s vibrating at 440hz per second. Or rather, that’s the fundamental frequency. But we’re not hearing just 440hz. Over any note we play, we hear a bunch of little notes (the harmonic partials), just at a much lower volume. We’re hearing integer multiples of the original frequency, hints of higher notes. In whole number ratios— 2:1, 4:1, and so on….so you’re hearing 440hz, but also 880hz, 1760hz and so much more.

We’re also hearing 3:2, the ratio of the so-called “perfect fifth” (five notes above the fundamental, in a scale). This means we’re also hearing 660hz, or what we would call an E. These mathematical multiples of harmonics correspond to the 5th above the fundamental, and the octave above, and the 5th above that. These harmonic notes are inherent, in varying degrees, in every natural instrument that’s played. Instruments that are rich in harmonics have a lot of harmonic partials— and those that have perfect harmonic partials are used in sound healing. The central structure of Jonathan Goldman’s argument is that sounds that are rich in harmonic partials have a more positive and profound effect on us. These sounds create a sense of wholeness and ease within ourselves.

One of my favorite instruments to showcase harmonic patterns is the monochord, a core instrument in our concerts. The monochord has 37 strings all tuned to the same note, and these are all played continuously, to create a drone. This has the effect of amplifying the harmonic partials— it’s not difficult to hear the higher tones that are generated, even though, seemingly, there are no high tones being played. It’s just one note. You can hear the fifth above the fundamental, as well as the octave above. Sounds rich in harmonic partials are inherently pleasant for us to hear— sounds rich in random noise— are, well, irritating.

Cymatics describes the effect that sound has on matter; the notion that sound has the ability of creating form. Sound is a vibration, a wave form propagating through air. Although it’s usually unseen, it has a profound physical effect (one we can hear and feel). Cymatics is the study of making that effect visible. You may have heard of Dr. Hans Jenny’s famous experiments— he spent 10 years of his life observing the effects of sound upon inorganic metal by placing water, dust, etc. on a steel plate and vibrating those plates with different frequencies. Jenny discovered that when you play the sounds, the liquids and materials begin to take form, often into beautiful mandala-like patterns. When you stop playing the sound, the form ceases to be.

In his book, Healing Sounds, Jonathan Goldman postulates that the more harmonic a sound is (the more mathematically sound upper partials it has), the more geometrically perfect the shape it creates is. By the way, watching videos on cymatics is one of world’s best pastimes, so here’s a few of my favorites:

1.    Cymatics: Science vs Music (Nigel Stanford). If you love drama, you’ll love this. Not exactly a scientific video, but it sure is fun.
2.    Kanazawa Kenichi CYMATICS part 2. Slow paced, non verbal and gets the point across.
3.    Missing the cliched ‘academic’ voice walking you through? Try this video— Hans Jenny, Cymatic Soundscapes

When two objects are near each other, their rhythms and vibrations will influence each other. Entrainment is the idea of sympathetic resonance— the rhythmic vibrations of one object influences another with a similar frequency. Then both objects vibrate in resonance. In Mitchell Gaynor’s words, “when it comes to sound and resonance, sound waves can entrain the human organism— causing us to vibrate in resonance with those ways— in a variety of interconnected waves”. There’s all sorts of interesting ways that biological rhythms sync up. The field of biomusicology observes how humans start to tap their foot to the music, and the field of “interpersonal synchronization” explores how heartbeats and breathing syncs up when we sleep next to one another or hold hands. Gaynor cites how William Condon, a scientist at the Boston University School of Medicine, discovered that students' brain waves oscillate at the same rate of their professors.

Entrainment works in several ways in the field of sound healing. With sound baths, your body syncs up with the smooth, slow consistent vibration of the drone-like instruments. Your heartbeat slows, as does your breathing, in time with the gentle, soothing sounds. When we do attend sound meditation events together, there is the added touch of syncing up with the softer, slower collective whole. Similarly, chanting in a group also activates this process of entrainment, creating the sensations of connection and harmony.

“Through the process of entrainment, sound can transform negative, repressed emotions into a state of psychological equanimity that has direct and immediate effects on our physiology. Sonic entrainment can also restore harmony between our innermost selves— our essence— and the universe, thus reawakening our spiritual connection.” ​— Mitchel Gaynor

This is perhaps the trickiest to explain. Binaural beats are an audio phenomenon meets neuroscience. It’s actually an auditory illusion that occurs when you listen to two tones of slightly different frequencies, one in each ear. Binaural beats are created when you hear two slightly different frequencies in each ear. So if you are listening to headphones and you hear 440hz in your left ear, and 450hz in your left ear, it’s purported that your mind will sync up to the difference. And your brain waves will be at 10hz.

We can measure our brain waves— and there are four basic types that scientists have identified.The state you’re reading this (and I’m writing this) is likely ‘beta’ waves, our more active, every day mindset. Beta waves are between 15-40hz (although the higher range of this has been associated with anxiety) 9-14hz is alpha— relaxed, calm but still alert. Deep meditation produces theta waves, 4-8hz, and anything below that is delta (deep sleep stage). Theta waves are some of the most interesting, associated with that dreamlike state between wakefulness and sleep. Now— here’s the thing, when we listen to music, we are never hearing a pure frequency, we are hearing all sorts of upper harmonic partials (more on that later). And the sound is coming in from all around (not just in one ear than the other). So I’m not sure if it’s possible to produce a binaural beat phenomenon at a live show. We became big fans of using two bowls of the same pitch, slightly off from one another. Sunreed sells crystal bowls that are slightly detuned in this way, and it creates a beautiful warble.

The entrainment argument + binaural beat effect hints that sound and music can help us slow down and enter a parasympathetic state.
Harmonics and cymatics suggests that certain sounds can be inherently beneficial to our nervous systems. Inharmonic sounds, and particularly noise, can be thought of as a small assault of unpleasant wave forms. For these reasons, I feel that we should be taking sonic environments quite seriously, particularly in high stakes settings such as hospitals. Being assaulted by noise can have a deleterious effect. Even in everyday settings, when we live in noisy cities—subject to all sorts of mechanical, inharmonic noises— we need to balance out our systems from the continuous stress triggers.

Listening to soothing sound meditations can bring us into a parasympathetic state and lower our resting heart rate. I imagine that it’s possible that ‘sound healing’ instruments are ‘tuning up’ our bodies or affecting us positively on a cellular level. It’s not such a big leap to say — if certain sounds can trigger beautiful geometric patterns in water, perhaps they might be affecting our mostly water-based bodies in similar healthful ways-- bringing us into balance, a sense of ‘wholeness’ or completion. I’ll let you decide whether that’s too much for your own imagination.